I’ve been really bad about blogging lately because I was focused on the Visual Studio 2012 launch.  In my opinion it is the best development tool but I’m biased. 🙂  This was originally going to be a blog post about the great features in Visual Studio 2012 but since I took too long to post, several great posts have already been written.  So here are a few tidbits from the march to launch.

Tim and I were having too much fun talking about development and the evolution of Visual Studio.  Notice that product was still under its codename.

Note: I would have preferred to embed video but basic WordPress is not a fan of that. 😦

In Amsterdam giving a tour of the product.  Must say this is the hardest presentation to give because the product is so broad and the time is so short.  Just not enough time to discuss everyone’s favorite feature in any level of depth.

Here I am on stage during Jason Zander’s keynote.  It was a fun time as you can see from my smile below.  You can actually watch the video at the launch site. 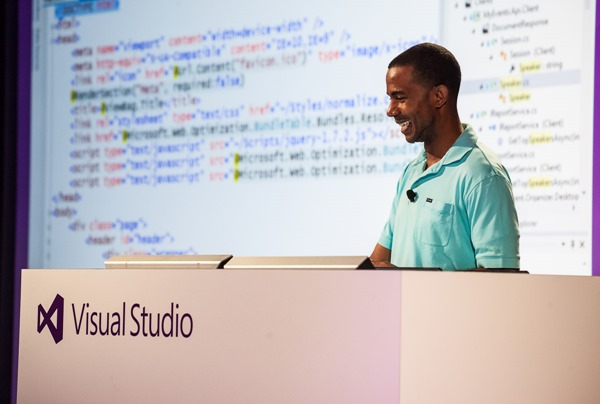